October 2017
Joyce Elizabeth Mauk, MD of Forth Worth was appointed to the Behavior Analyst Advisory Board.

Surendra K. Varma, MD of Lubbock TX was named Grover E. Murray Professor, the highest faculty honor bestowed by Texas Tech University. A TPS Past President, and Chair Emeritus of the TPS Committee on Medical Education, at TTUHSC he is the Ted Hartman Chair in Medical Education, university distinguished professor and vice chair of pediatrics, and professor of physiology and health organization management.

September 2017
TPS Early Childhood Committee member and a TPS Past President Dr. Clift Price of Austin (pictured below) and his local rotary club supply funding to purchase 1200 books each year to be given to the students (2 books per student) at a local elementary school. The group also provides weekly tutoring to the students. 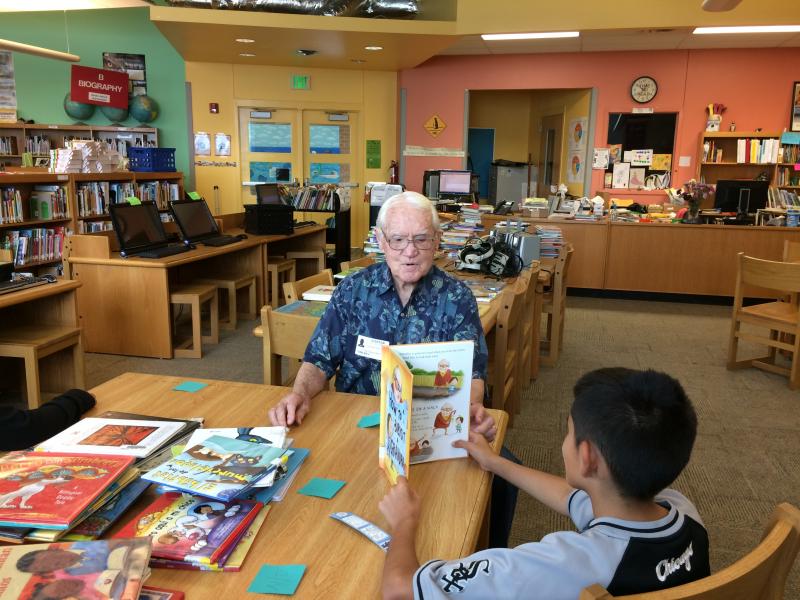 Texas Tech General Pediatrics Clinic in Lubbock celebrated their 20th year of participating in the Reach Out and Read Program this year, congratulations on this milestone and for being Literacy Champions TTUHSC-Lubbock!

UTMB recognized as a 5-star academic health center for patient care
The University of Texas Medical Branch at Galveston has earned a prestigious national award for superior quality and care provided to patients. Earning five stars, the university is among a small number of academic medical centers nationwide to receive the 2017 Vizient Bernard A. Birnbaum, MD, Quality Leadership Award. The award recognizes UTMB for demonstrating superior quality and safety performance as measured by the Vizient Quality and Accountability Study, conducted annually since 2005.

Gary Floyd, MD, of Keller, was re-elected to the Texas Medical Association Board of Trustees. He will serve as the secretary through 2020. The election took place on Saturday, May 6, 2017 during the TMA House of Delegates in Houston, Texas. Dr. Floyd is a TPS Past President.

Gary Floyd, MD
Gary Floyd, MD has been appointed to the American Medical Association (AMA) Council on Legislation. The Council on Legislation reviews proposed federal legislation and recommends appropriate action in accordance with AMA policy. It also recommends changes in existing AMA policy when necessary to accomplish effective legislative goals and recommends to the Board of Trustees new federal legislation and legislation to modify existing laws of interest to the AMA. Dr. Floyds joins David Tayloe, MD, a past AAP president on the Council and a TPS Past President.

Daniel Vijjeswarapu, MD
Dr. Vijjeswarapu (aka Dr. Vijje), featured in TMA’s Texas Medicine April edition is not only on the cover, but the article has an important message and focuses on the importance of vaccinations. Dr. Vijje serves on the TPS Committee on Administration and Practice Management, and Medical Education. He is also a member of the TMA’s Be Wise – Immunize(SM) physician advisory panel.

Jason V. Terk, MD
Dr. Terk traveled to Dubai to speak to health care leaders there and the US ambassador to the UAE about Cook Children’s as a place to send patients who need specialized care. He presented on Vaccine Hesitancy and the Provision of the HPV vaccine in the US at the Arab Health Conference, where there were over 100,000 attendees. He also spoke to members of the media about the importance of public health generally and the HPV vaccine in particular. 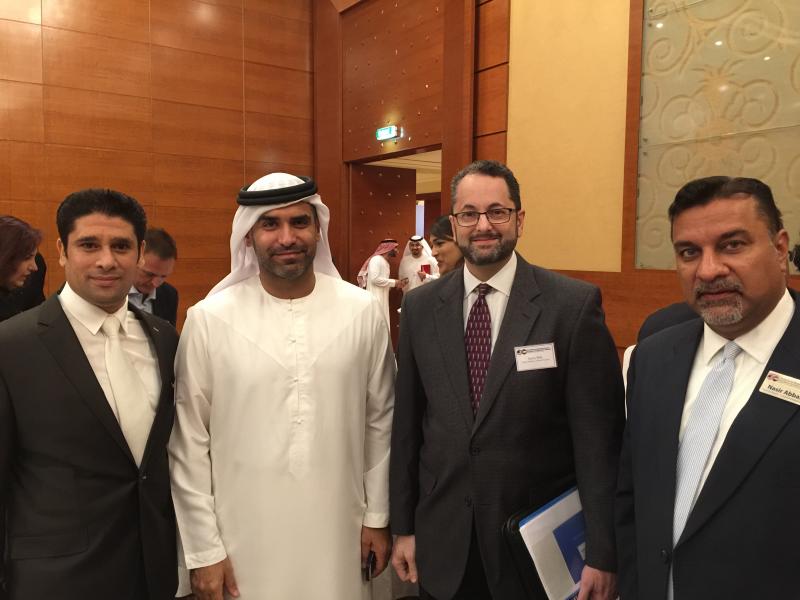 Dr. Terk is featured second from the right.

Dr. Foulds has a long history of service in the national and chapter level. He has been a TPS member since 1986, serving as TPS President from 2002-2003, AAP Chapter Chair 2007-2010, and Chair of the TPS Medical Education Committee from 1988-2000, and currently continues to serve on the medical education committee. Congratulations Dr. Foulds! 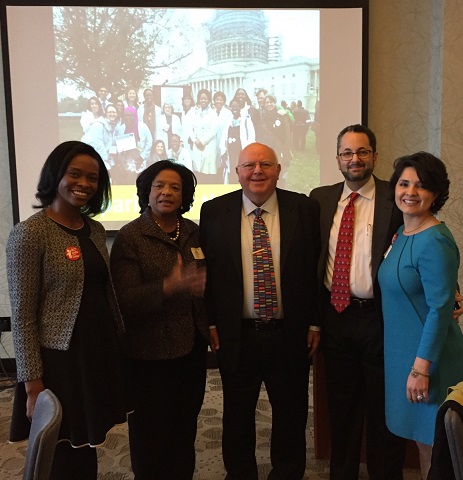 Driscoll Children's Resident doctors, Dr. Mahadeo, Dr. Amtwi-Boasiako, Dr. Salih, and Dr. Sirash (not pictured), partnered with Amistad Community Health Center and Port Aransas ISD, to participate in an ongoing quality improvement project focused on increasing vaccination rates for HPV and Flu. They have worked together to provide on- campus vaccinations and parent education. Their project began last May. The picture above was taken at the Port Aransas High School on February 3rd, 2017. 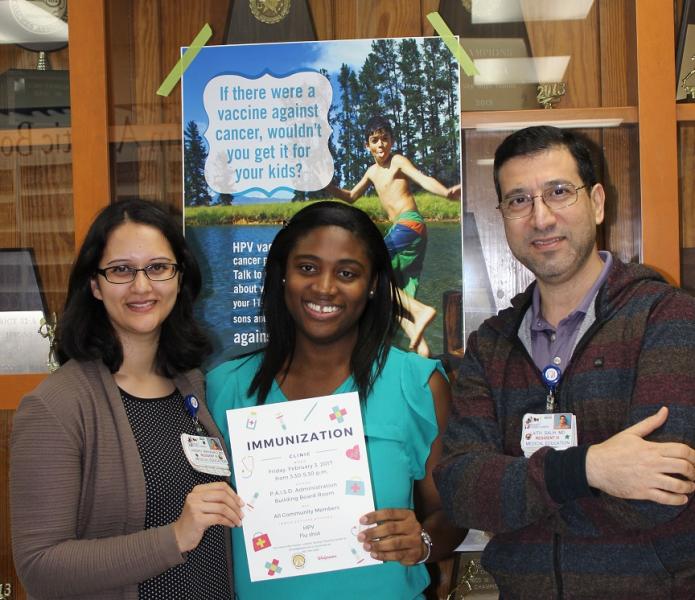 Surendra Varma, MD, was appointed by Texas Tech Board of Regents appointed a Grover E. Murray Professor, named after the university’s first president. Murray professors are Tech faculty members who have attained national and international distinction in their fields for outstanding research, excellence in scholarship, and creative achievement.

TPS offers an array of services to
its members

To be considered for the position, please apply by August 15, 2021.
Here is the link: Application for District CATCH Facilitator

We are currently seeking a District CATCH Facilitator...

In updated guidance for the 2021-22 school year, the American Academy of Pediatrics strongly recommends in-person learning and urges all who are eligible to be vaccinated to protect against COVID-19.

In addition to vaccinations, the AAP...

Join TPS
Who Can Join
Benefits

Annual Benefit
Get Involved
TPSF Board of Directors
Donors
Grants